The word hypertrichosis is formed by Greek roots (hyper-, ʽexcessʼ; trikhos, hair and -osis, ʽformationʼ) and refers to a disorder that causes excessive hair growth over the body. Medieval sources do not use this term, but prefer hairy men and women instead. These men and women are often mistaken for savages, who also have excessive hair, but hairy and savage individuals belong to different categories, since savagery is associated with social or religious isolation and with exceptional strength, and deemed closer to the animal than to the human plane. On the contrary, hairy men and women are not necessarily isolated and they often live in courts as entertainers, together with other monster-like subjects.

Although the creation of “monsters” is very complex and derives from different reasons in the cultural history of a certain context, hypertrichosis is an example of how the monstrous imaginary fed on real diseases. Along this interpretative line, modern science explains that hair starts growing as from week 18 of pregnancy, first on the face and scalp, followed by eyebrows. Facial hair growth then ceases, but a deficiency in the inhibition of this process leads to an anomaly: Congenital Hypertrichosis Lanuginosa. It is an atavistic feature, developed by mammals for survival, which has been lost through evolution. Hypertrichosis may also result from an endocrine or hormonal imbalance.

In his History of Animals, Aristotle mentions hair as a distinctive feature of animals, and distinguishes it from human hair. He divides animals whose bodies are completely covered in hair from those that have a mane or only have hair in a specific part of their bodies (Aristotle, History of Animals, ii, 1, 488b). Isidore of Seville states that “Capilli vocati quasi capitis pili, facti ut et decorem praestent et cerebrum adversus frigius muniant atque a sole defendant” (Isidore of Seville, Etymologies, xi, 1: 848) and differentiates male from female hair. Isidore’s text uses the term caesaries (head of hair) exclusively for men, since “Virum enim tonsum decet, mulierem non decet” (Isidore of Seville, Etymologies, xi, 1: 849), and prefers mane for female hair. Hair length is, then, an early gender feature: men should cut their hair, unlike women, who should wear it long. Cutting rites (depilation, hair removal, tonsure and related practices, circumcision, dental mutilation) speak of humans’ will to differentiate themselves from animals (Durand, 2012: 176).

Ambroise Paré, after warning against the power of a woman’s imagination to create monsters, focuses on a pilose lady:

Damascene, a serious author, attests to having seen a girl as furry as a bear, whom the mother had bred thus deformed and hideous, for having looked too intently at the image of Saint John [the Baptist] dressed in skins, along with his [own] body hair and beard, which picture was attached to the foot of her bed while she was conceiving. (…) As a result, it is necessary that women—at the hour of conception and when the child is not yet formed (which takes from thirty to thirty-five days for males and forty or forty-two, as Hippocrates says, for females)—not be forced to look at or to imagine monstrous things; but once the formation of the child is complete, even though the woman should look at or imagine monstrous thing with intensity, nevertheless the imagination will not then play any role, because no transformation occurs at all, since the child is completely formed. (Paré, On Monsters and Marvels: 38-40. Emphasis added.)

The first studied case of hypertrichosis in Europe was that of a Canarian man, Petrus Gonsalvus, who, as a teenager,  was invited by Henry II to join his court, where he had children who inherited his condition, including a girl called Antonietta. Ulisse Aldrovandi refers to them in his work Monstrorum historia, and recounts the following about the girl:

The image of the puella pilosa focuses on hair as a feature of female monstrousness. Thus, hair, a traditional symbol of female beauty and eroticism, is re-semanticized towards the teratological realm. Excessive pilosity, seen as a problem of both men and women due to its closeness to the zoological/monstrous sphere, is exacerbated in women on account of the agreed archetypes for each gender.

Fig. 1: Ambroise Paré, On Monsters and Marvels. “Furry girl conceived because of imagination”. 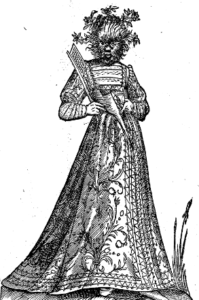 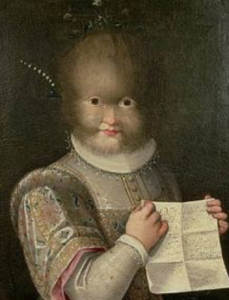 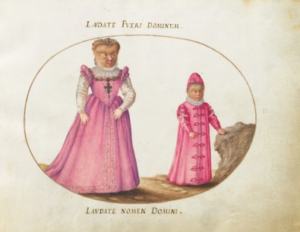 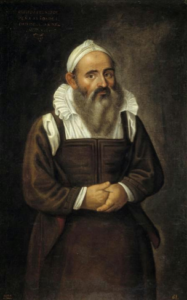 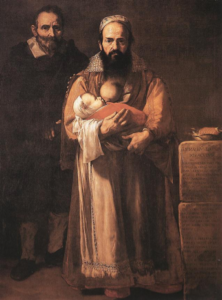 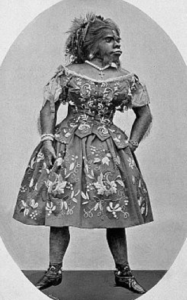 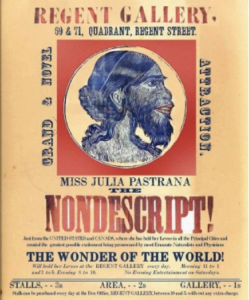 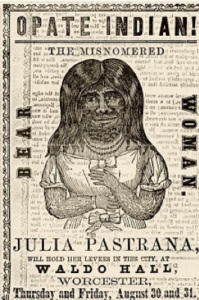 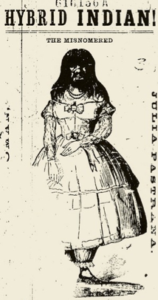 Fig. 8 and ff.: Julia Pastrana. Documented picture and posters of world exhibitions, where she is presented as a nondescript wonder, monkey woman, bear woman and hybrid Indian woman respectively.

Paré, Ambroise. On Monsters and Marvels. Chicago, London: The University of Chicago Press, 1982.